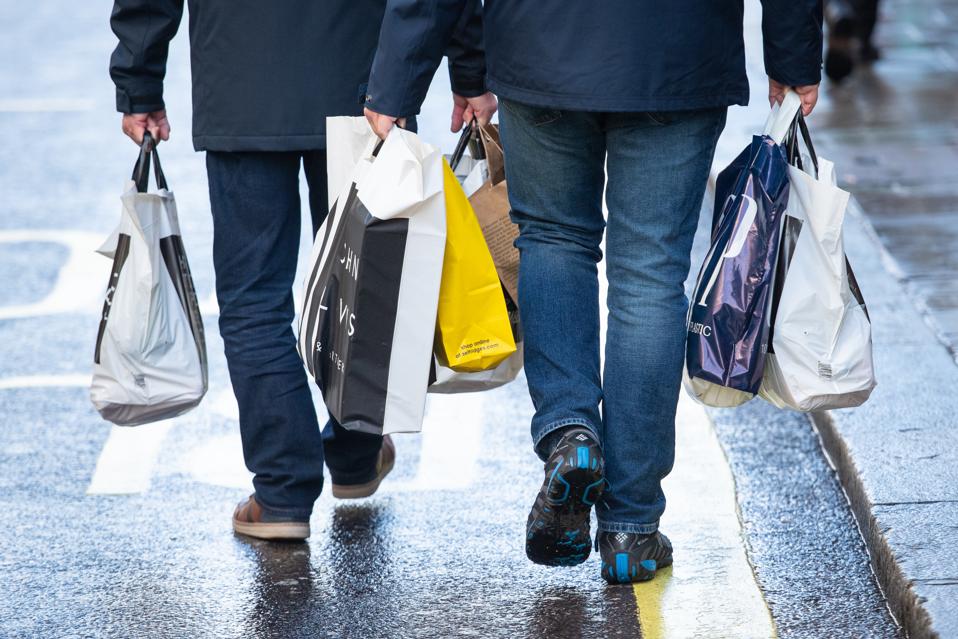 It’s December 24th. Last minute arrangements for visiting family are being made, menus for Christmas are taking shape or beginning to cook, and about 25% of men are in a mall doing their Christmas shopping. Not finishing their shopping, but doing all of it. And if you’re like a lot of women and men in their lives, you’re at home reading this wondering why on earth they waited until now. It’s not like they haven’t known when the holiday is or somehow missed advertisements letting them know Christmas was approaching.

While I don’t want to perpetuate out-of-date gender stereotypes, there is research to suggest gender differences really exist in how people approach shopping – both physically and mentally. In fact, according to the Journal of Consumer Marketing females, compared to males, are found to start Christmas shopping much earlier, purchase more gifts, and embark on a greater number of shopping trips. The Australian National Retailers Association concluded from a survey that men are two and a half times more likely to wait until the last couple days to do holiday shopping. Moreover, the National Retail Federation in the U.S. found similar results with 24% of people planning to do shopping on the 22nd and 23rd.

So before you get upset (or maybe that’s why you’re reading this to gain some insights), know that research and behavior patterns have shown that many – if not most – of procrastinator shoppers have not been thoughtless or lazy. In actuality, they have rational reasons and thoughts around waiting until the deadline.

Here are some characteristics and thought processes of those last-minute shoppers:

Perfectionists: This person is the one who might spend hours comparing items or make lists and spreadsheets of the options and comparative details. We live in a world of limitless possibilities, and only the right ring, blender, or gravity blanket will do. By setting such high expectations and comparison shopping, the experience really can become much more difficult than the execution. What this ultimately means is that your partner needs suggestions and guidance. They are making it much harder than they need to – not because they don’t care, but in fact, the opposite – because they want it to be just right. Think of this person as letting great be the enemy of good.

Oh! The Dread: The definition of dread is the anticipation of apprehension or fear. And the truth is, men enjoy the experience of shopping far less than women. Males tend to be pragmatic shoppers, defining success as getting exactly what they came for, efficiently. Inherently implying that they want an in, out, success situation. Females on the other hand tend to visit more stores, spend more time comparing, and often come back later to get what they decided on. It’s not that these males dread being thoughtful or giving a gift, but the not knowing what to get, how long it will take, and all the hassles that go along with selecting just the right thing.

Procrastinators (AKA Optimists?): We all know that putting things off has different effects on different people. Some of us love the final push before a deadline; others get overwhelmed by the anxiety of pending deadlines. Procrastination often comes from a mistaken assumption that in the future someone will be in the right mindset to complete a task – overestimating the motivation they will have. This can certainly be a product of dreading shopping, not wanting to deal with people in stores, or what is known as planning bias or planning fallacy. Think of it as the effect of underestimating how long an activity will take. Or overestimating how much you can accomplish when put to the test. And we know that holiday shopping can be a difficult test.

Scheduling: We live in the time of “busy.” Everyone is busy, like it’s a status symbol. But a lot of people really do find themselves slammed with end-of-year obligations, work, and to-do list items – which includes holiday shopping. And like many tasks that can take up a lot of time and energy, it’s easier to put those off to tackle the few emails in front of you or become paralyzed by the number of items to get done and complete none of them. People who do this most likely really care about the task (ie: gift) and the person receiving it, and thus the idea of taking it on becomes a matter of time management.

Love Languages Aren’t The Same: We’ve all heard of the 5 Love Languages written by Dr. Gary Chapman, and we all fall into a couple (or few) of the categories: Quality Time, Words of Affirmation, Physical Touch, Acts of Service, and Receiving Gifts. But according to the Good Men Project, even Dr. Chapman, concedes that “it may be true that more men have Physical Touch and Words of Affirmation as their love language and more women have Quality Time and Gifts.” Thus, gifts simply may not mean to men what they do to women – giving or receiving.

Adrenaline Rush: Procrastinators who thrive on deadlines will know this feeling well. “I work better under pressure” is a statement many people recognize in the workplace, but that mentality can also spill into other areas. In fact, according to research, procrastination can become an addiction due to the short-term rewards of putting off a task we don’t want to complete and the rush of adrenaline we get when we’re up against a doom-filled deadline. While it can be fun for some to run around in the final hours before said deadline, one way to work past this is to set small backwards calendars. For example, think about how many days in advance something has to be purchased to arrive on time. Or what’s the last day it can be delivered to your office so no one at home sees the gift?